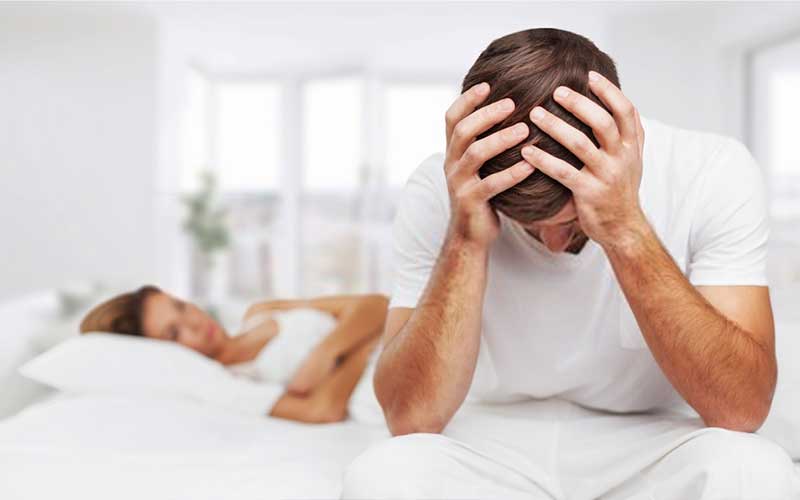 Sexual dysfunction can affect men of all ages, but is especially common in older men. The most common problems related to sexual dysfunction include ejaculation disorders, erectile dysfunction and inhibited sexual desire. These issues can often be corrected by treating the underlying causes.

What is sexual dysfunction in males?

The main types of male sexual dysfunction are:

What causes sexual dysfunction in males?

Physical causes of overall sexual dysfunction may be:

How does sexual dysfunction affect men?

The most common problems men face with sexual dysfunction are troubles with ejaculation, getting and keeping an erection, and reduced sexual desire.

Problems with ejaculation are:

The exact cause of premature ejaculation (PE) is not known. While in many cases PE is due to performance anxiety during sex, other factors may be:

Studies suggest that the breakdown of serotonin (a natural chemical that affects mood) may play a role in PE. Certain drugs, including some antidepressants, may affect ejaculation, as can nerve damage to the back or spinal cord.

Physical causes for inhibited or delayed ejaculation may include chronic (long-term) health problems, medication side effects, alcohol abuse, or surgeries. The problem can also be caused by psychological factors such as depression, anxiety, stress or relationship problems.

Erectile dysfunction (ED) is the inability to get and keep an erection for sexual intercourse. ED is quite common, with studies showing that about one half of American men over age 40 are affected. Causes of ED include:

Low libido means your desire or interest in sex has decreased. The condition is often linked with low levels of the male hormone testosterone. Testosterone maintains sex drive, sperm production, muscle, hair and bone. Low testosterone can affect your body and mood.

Reduced sexual desire may also be caused by depression, anxiety or relationship difficulties. Diabetes, high blood pressure, and certain medications like antidepressants may also contribute to a low libido.